You would think I would be ecstatic. Let’s see– I have a wife–so all the other female relationships had better be on the up and up.

I have a lovely daughter, soon to be 12. There are two dogs– one male and the other doesn’t know he’s male. He is emasculated.

Understanding women is probably like when NASA was trying to figure out how to get to the moon. Just when you think you’ve got it down–the whole thing either plummets to the ground or gets cut off due to lack of funding. Who ever said that women are complex– was right! But at the same time– I have to admit– if it wasn’t for my wife– I would probably be a naked nomad.

She is more than someone who finds my keys, takes care of the kiddo, proof reads TWO Master’s Thesises and walls of flip charts for my doctoral work, and provides “wife duties”–she is my soul mate. She also brings light to the other females that surround my life. Like those I work with, coach, and even my own family.

Guys– they are a part of us– they are made of our flesh and bone–and we have never recovered from the surgery.

I didn’t always pursue the women in my life once I “won them”. Shame on me. Women are not an adventure to be conquered– they are part of the adventure we live. They need to be pursued and wanted. They need to feel beautiful and desired. They need to know that they capture your eye.

A few years ago we camped in the snow in New Mexico– and I’ve got to tell you– my wife is pretty amazing. She not only looks hot in hiking boots–but she can also hang with the guys when she wants to. It was sitting by the camp fire that we had a chance to connect all over again and talk. No big plans– just little things to get to know her more. I found out things about her that I never knew. I never realized how much she had missed snow. This week, she should be right at home.

She grew up camping in Alaska and Washington state– but I never knew her passion for snow. Where I see snow as a means to adventure– skiing, snow shoeing, or snow ball fights– she sees it as beauty, and a reminder of her youth.

Yeah– they are complex–but if you want to know a woman–you have to know her story. Being the only male has its advantages–Shorter lines at the bathroom in rest stops, I can use “Its a guy thing” when I want to find refuge in the garage…under the Jeep…with headphones on…and asleep, and NOBODY sees the rationale. I get great treatment when I come home sick like last night and today, somewhat excused for riding the bike in the house –and oh yeah—when there’s a foot of snow on the ground–I’m the only one who can pee my own name.

My wife has been openly invited into the adventure since our early days of friendship and then dating. We have kayaked, mountain-biked, camped, and at one time devoted our lives to Scuba…she has become quite the outdoors……girl….

So glad that I am not only surrounded, but also consumed be her…. 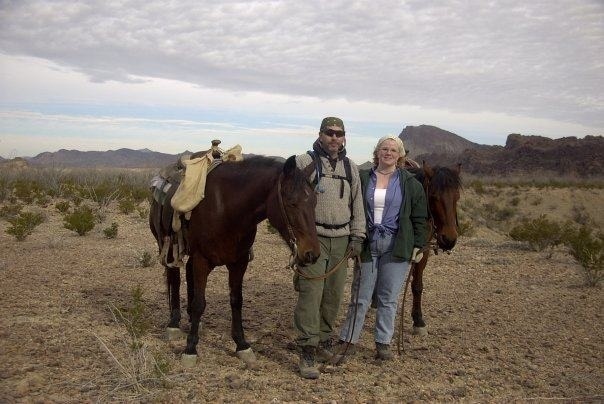